Using pea to replace soya in dairy rations
Lorna MacPherson
Posted: 09.03.2021
More UK dairy farmers are moving away from soya as a protein source for a range of reasons including consumer concerns about the environmental and social consequences of soya production in some exporting countries. This practice note discusses the suitability of pea for the replacement of soya in dairy rations. Pea can be used for the protein enrichment of cerealbased concentrate feed. The nutritional value of pea and whether it can maintain milk output and composition when replacing soya in milking cow rations is examined to support decisions around if and how to use pea for feeding dairy cows. 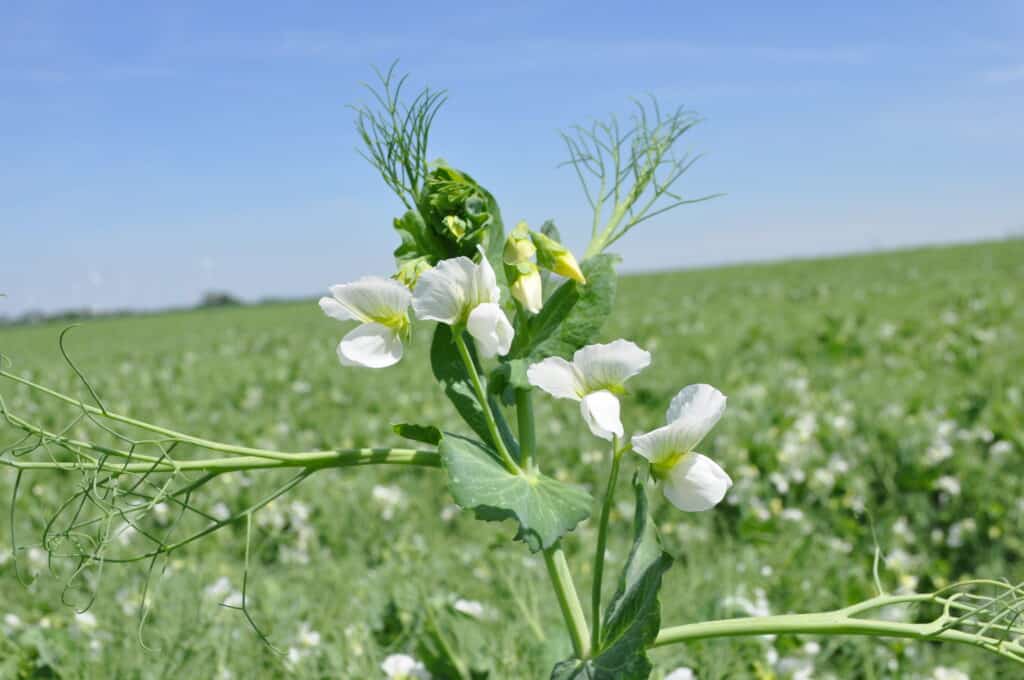 Soya can be successfully substituted with peas in dairy cows without affecting milk output or compositional quality. However, this is highly dependent on stage of lactation and yield. Pea can be used as the sole protein source for herds with moderate milk production (averaging 7,000 to 8,000 litres/cow/year). For higher yielding cows, pea can be used to partially substitute soya, but additional bypass protein sources will be required for optimum performance in many situations. The greater the substitution, the greater is the need for additional bypass  protein if output is to be maintained. Supplementation with the amino acid methionine may also be required as pea is low in methionine compared to soya, and this essential amino acid is one of the first to limit milk production. Being able to produce more home-grown protein in the form of pea can reduce the reliance on soya and feed costs.

On an energy basis, pea can compete with soya, being of similar energy content of around 13.6 MJ/kg dry matter. However, the protein content is just below half that of soya. More needs to be fed to achieve a similar protein level in the diet. There are also differences in the degradability of the protein present, as well as in the amino acid composition (see Table 1 for comparison), which can impact on milk yield and composition.

Lysine and methionine are the two most limiting amino acids for dairy cows. Dairy rations are not usually deficient in lysine but are often deficient in methionine. As the methionine content of pea is about a third of that in soya, use of pea may require supplementary methionine in order to maintain yield and milk protein percentage.

One of the benefits of pea is its moderately high starch content. Around 20% of this is resistant to degradation in the rumen compared to 15% in barley and wheat. The starch in pea is degraded at a slower rate compared to cereal starch making pea more “rumen friendly”. This is one of the reasons that some studies show higher milk fat yields when pea is fed. This contribution of starch in pea is significant because the inclusion rate of pea is higher than for soya for a given protein level. The pea substitutes soya and cereals. Overall, this reduces the risk of acidosis.

There have been many studies investigating the use of pea as an alternative to soya in dairy cows, with a range of outcomes depending on the stage of lactation, milk yield and level of pea inclusion in the diet. Research from the University of South Dakota (Diaz, 2017) looked at replacing maize and soyabean meal with pea at 0, 12, 24 and 36% of the diet on a dry matter basis. As the inclusion of pea increased, dry matter intake, milk yield and milk solids decreased linearly. A pea inclusion of more than 24% in the concentrate negatively affects milk protein percentage and yield. Vander Pol et al. (2008) also looked at partially substituting maize and soyabean meal with pea, where about 45% of maize and 78% of soya in the control diet were replaced with 15% pea (in the diet dry matter). There was no effect on intake, milk yield, milk fat and protein content or yield in cows averaging 34 kg of 4% fat corrected milk per day.

The effect of pea has also been looked at in late lactation cows (more than 200 days in milk), with pea replacing 0, 33, 67 and 100% of the soya portion of the concentrate at different intensities of concentrate use (0, 10, 20 and 30% of dietary dry matter). Barley inclusion was adjusted to ensure diets had a similar starch content. There were no significant differences between pea and soya on intake, milk yield (average yield 21.5 kg/day) and milk compositon, leading the researchers to conclude that protein quality is not important in late lactation cows where daily milk output is low (Khorasani et al., 2001).

Teagasc (Agriculture and Food Development Authority, Ireland) recommends that the inclusion of pea should not exceed 20% of the overall dry matter intake. The results of the first two studies reported here would support that view.

While it makes sense to reduce soya imports and rely on more home-grown protein sources, there are several limitations: 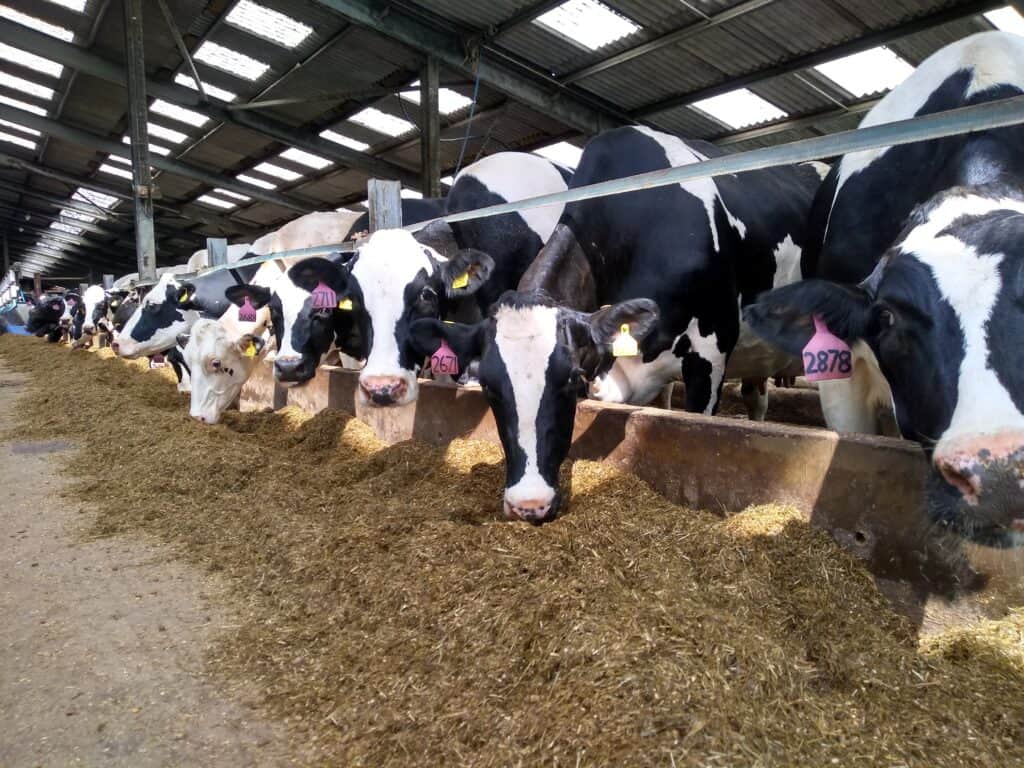 The response to substituting soya using pea depends on the level of milk production. Soya can successfully be replaced using pea without affecting milk output with later lactation cows or low- to medium-yielding cows which have a lower requirement for DUP. However, for higher yielding cows (over 8,000 litres/year) in early to mid-lactation, including more than 20% pea or more in the total dry matter intake is likely to depress milk yield and milk protein content due to less DUP in the diet and possibly less methionine. In this situation, an additional source of DUP will be required, with protected rapemeal being the most obvious choice.

Cost and the potential effect on income of any impact on milk volume and composition changes must be taken into consideration. Although pea (whether home-grown or purchased) will be cheaper on a cost per tonne basis, the financial impact of the change will depend on the relative costs of soya and cereals. Other costs to factor in are the possible requirements to supply DUP from another source and the need for supplementary methionine.