Feeding value of red clover silage for cattle
Richard Dewhurst
Posted: 05.04.2022
The nitrogen-fixing capability of red clover means that it can produce high yields of high-protein forage without nitrogen fertiliser. The feeding value of red clover silage depends on its combined effects on feed intake and diet digestibility. Traditional feed evaluation assessments indicate that red clover has some disadvantages due to its lower digestibility compared with early-harvested ryegrass silage. There is also a higher risk of poor silage fermentation due to its lower sugar content. However, it is palatable. The resulting high intake and high protein content improves performance of dairy and beef cattle. This can be used to reduce reliance on purchased feeds, especially protein concentrates. Attention to good silage-making practice reduces the risk of poor fermentation. 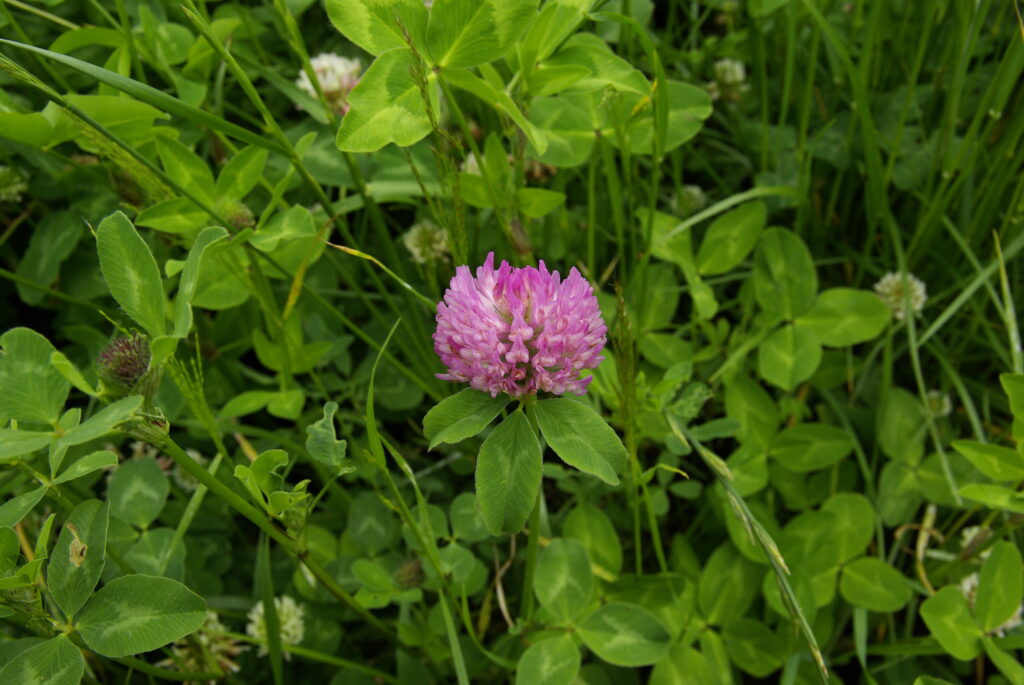 Data in Table 1 show the important differences between typical red clover and perennial ryegrass silages based on observations made in the United Kingdom.

The protein content of red clover is 35% higher than that of ryegrass and this allows formulation of diets using less grain-protein concentrates, such as soybean meal. The protein in red clover is concentrated in the delicate leaf structures and so care must be taken to avoid ‘leaf shatter’ during wilting and harvesting. Whilst thorough wilting and fine ‘precision-chop’ harvesting of red clover may promote better fermentation, there is a risk of losing some of the valuable protein through ‘leaf shatter’ creating fine particles that are not picked up in the field. The production of baled silage involves less handling and chopping of herbage. This reduces the risk of ‘leaf shatter’ protein losses.

The lower water-soluble carbohydrate (WSC) content and higher buffering capacity of red clover makes it more difficult to ensile and this problem is exacerbated by lower levels of epiphytic (silage-making) bacteria on red clover herbage. These risks can be managed by field wilting of crops, taking the risk of shatter losses into account, and applying silage additives (acids, inoculants, or molasses) to improve fermentation. Nonetheless, red clover silages typically have higher pH, higher butyric acid and higher ammonia-N contents than grass silage. 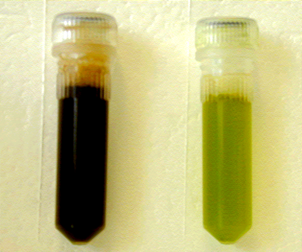 Colour change associated with the action of polyphenol oxidase in red clover juice (in comparison with grass juice). Photo courtesy of F Minchin and A Winters, IGER.

Many studies show that feeding red clover silage increases performance in dairy cows, growing steers, ewes in late pregnancy and finishing lambs. Most of this benefit is the consequence of the higher intake characteristics of red clover silage. The long tough fibres of grasses tend to be retained in the rumen, whilst the reticular vein structures of legumes rapidly break down into small particles. The higher rates of fermentation and more rapid particle breakdown of red clover silage result in higher intakes and milk production across a series of studies (Table 1) with concentrates offered at relatively low levels (4-8 kg/day). This good performance is not predicted by standard assessments of silage quality. The lower digestibility, poorer fermentation characteristics and unattractive appearance (dark colouration) suggest that red clover silage would not be a good feed for high-producing ruminants. The digestibility of mature red clover declines less rapidly with advancing maturity than in grasses. Red clover is especially suited to low-input systems with infrequent cutting.

One further aspect of forage composition that has caused some concern with red clover is its content of isoflavones (phyto-oestrogens). It is known that these can disrupt oestrus in sheep grazing red clover, but there is no evidence for negative effects in cattle. Conception rates were even higher in cows consuming red clover silage in two studies.

Dewhurst, R.J., 2013. Milk production from silage: comparison of grass, legume and maize silages and their mixtures. Agricultural and Food Science 22: 57-69.