Kristina Petrovic, Vuk Đorđević, Željko Milovac, Marjana Vasiljević, Slobodan Krsmanović
Posted: 13.04.2022
More than 100 soybean pathogens have been described worldwide, and about 35 of these are considered capable of causing significant economic damage on soybean. Fungi are the most numerous and harmful, followed by bacteria and viruses. White mould (or sclerotina stem rot) caused by Sclerotinia sclerotiorum is one of the most potentially damaging diseases of soybean worldwide. This soil and seed borne fungus causes significant yield losses. The sclerotia contaminate the harvested crop and this leads to widespread infection the following year when the grain is used as seed. Through contamination of seed crops, a small outbreak leads to widespread infection. 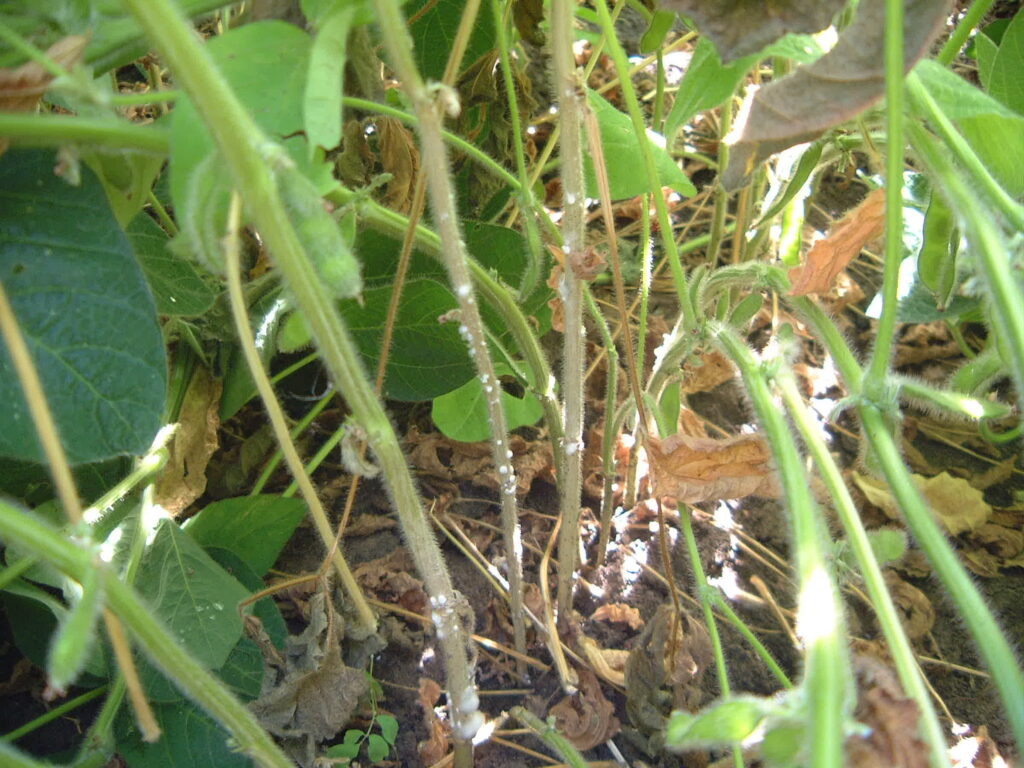 Sclerotina is potentially the most damaging disease that occurs in all regions where soybean is grown. The infection results in yield losses and contamination of seed with sclerotia. Crop rotation and sowing of disease-free seed are the main control measures. Certified seed is controlled to prevent spread in seed. High plant populations and irrigation at the beginning of flowering (R1) should be avoided.

It is important to understand the cosmopolitan nature of Sclerotinia sclerotiorum. Sclerotinia is a soil-borne rotational disease hosted by a wide range of broad-leaved crops. In addition to soybean, hosts include oilseed rape, sunflower, pea, faba bean and even potato. Fruiting bodies called sclerotia form in the stems and these dark resting bodies carry the disease in the soil from season to season. There is no host specialisation and so it transmits easily between species within the rotation. Where sclerotia are present in soil, outbreaks depend on weather conditions whether sclerotia are ‘germinating’ to produce fruiting bodies (apothecia).

With early infections, the pods dry off completely before the grain filling phase starts, and as a result, such plants produce no grain. If the grains have been formed in the pods before the disease strikes, they remain small. The pods may also be directly infected and become wet and soft with white mycelia growing out. Sometimes they rot completely, and sclerotia form instead seeds. Moisture is very important for the onset and spread of soybean white mould.

There are no known cultivar resistances, similarly to other white mould plant hosts (over 400 plant species). However, there are differences in tolerance between cultivars. Late-maturing genotypes are more susceptible to yield loss than early-maturing ones. Also, short-season cultivars are not physiologically resistant but they may avoid the pathogen attack. 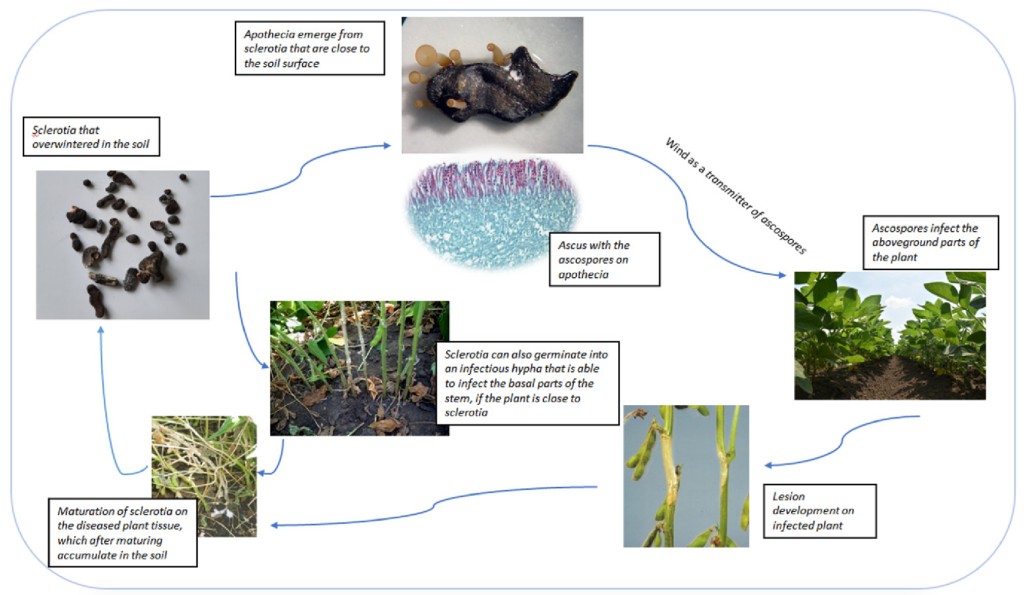 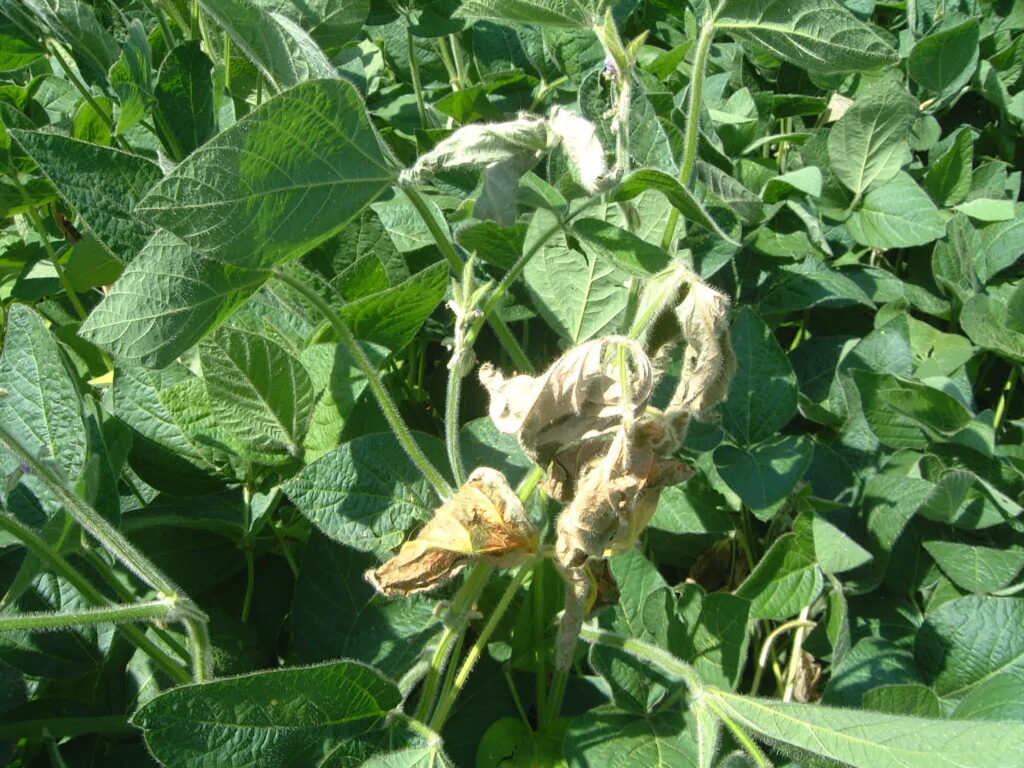