Kristina Petrovic, Željko Milovac, Vuk Đorđević, Svetlana Balesevic Tubic, Marjana Vasiljević
Posted: 28.06.2021
Shield bugs (species of the superfamily Pentatomoidea) are important insect pests in soybean production worldwide. They are also known as stink bugs because they have glands that excrete a strong odour. Two bugs have become more common in recent years in Europe: the southern green shield bug (Nezara viridula) and the brown marmorated shield bug (Halyomorpha halys). The southern green shield bug is a cosmopolitan species. It is polyphagous and damages a great number of field and vegetable crops among which soybean is a preferred crop. 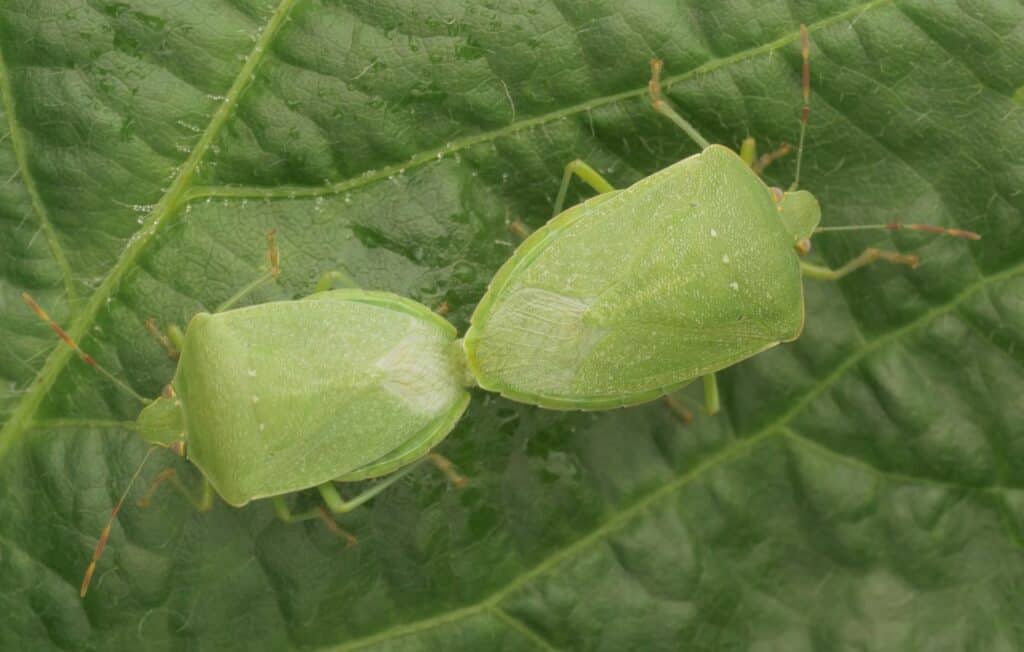 The southern green shield bug is a relatively new soybean pest in Europe. It is becoming more abundant and could become a serious pest. Monitoring should start in May or June and continue during July and August. If economic thresholds are exceeded, pesticide application may be required in order to protect soybean yield and quality.

There are up to five generations per year. Adults shelter overwinter in houses and barns and other structures. This is a Mediterranean species which has expanded its habitat because of the recent mild winters. An average January temperature higher than 5°C is a strong factor in the spread of this insect. It has therefore increased significantly in regions where this threshold is exceeded. The timing of adult emergence and induction of diapause, size and fitness of adults and temperature, among other factors, are of greatest importance for successful overwintering.

The southern green shield bug responds strongly to climate change by shifting its distribution to the north. After overwintering, adults mate and the females lay up to 300 eggs in groups of 30 to 130 on the back of leaves. After hatching, the nymphs remain in the group until second instar. The southern green shield bug feeds by piercing plant tissue with needle-like stylets. The feeding punctures are not immediately visible. Adults and nearly all nymphal stages (2nd to 5th nymphal stage) feed on plant tissues. Soft parts of the plant and the developing flowers or fruits are preferred. Yellow or dark spots and even necrosis follow as a result of feeding. Feeding on flower buds can result in loss of the flower. The largest threat to the seeds is damage in the early stages of formation. Feeding injuries on pods result in seed damage and distorted pods. Experience shows that the bugs invade soybean crops in larger numbers in central Europe only when pods are ripening. Therefore, damage is limited so far. In south-eastern Europe, the bugs appear earlier, at the end of flowering period. The timing of invasion will probably change as the pest becomes more abundant, which is one of the reasons why this species can be expected to become a more serious problem in soybean production in the coming years. 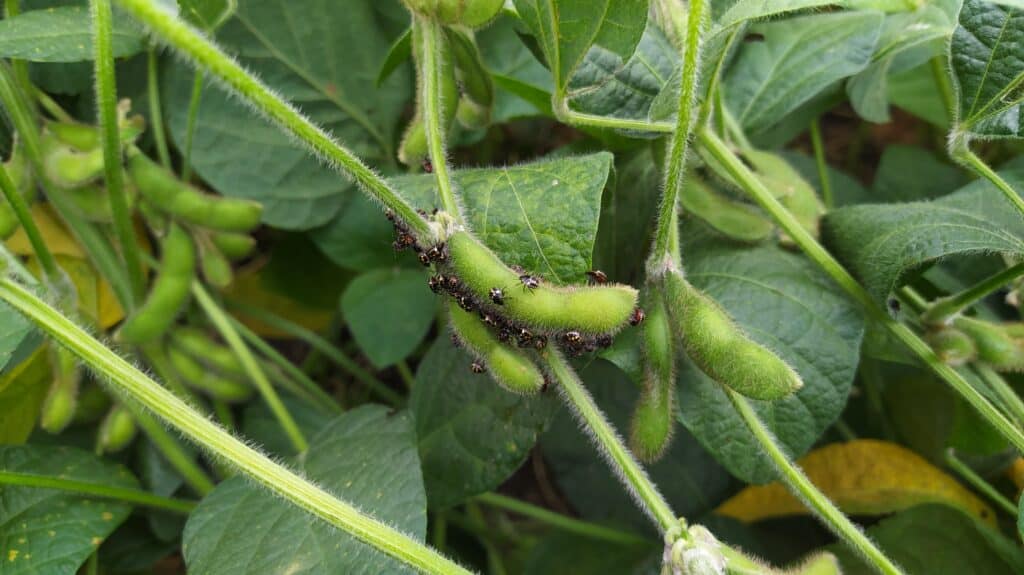 Bio-control of the southern green shield bug is a challenge since antagonist species have not yet sufficiently established themselves in response to the spread. Treatment with insecticide has so far been only rarely justified. There are no insecticides approved for this potential pest in most European countries. Spraying may be needed to protect yield if shield bug populations are high (the threshold is 8 to 10 specimens collected in 10 sweeps with a sweep net at the beginning of flowering). This pest can be chemically controlled using organophosphate or pyrethroid compounds depending on the registration in every country. The use of trap crops (forage pea, bean, brassicaceous crops) should be considered. The purpose of trap crops is to attract shield bugs to lay eggs on them. These are subsequently chemically treated before the bugs spread to adjacent soybean plants. 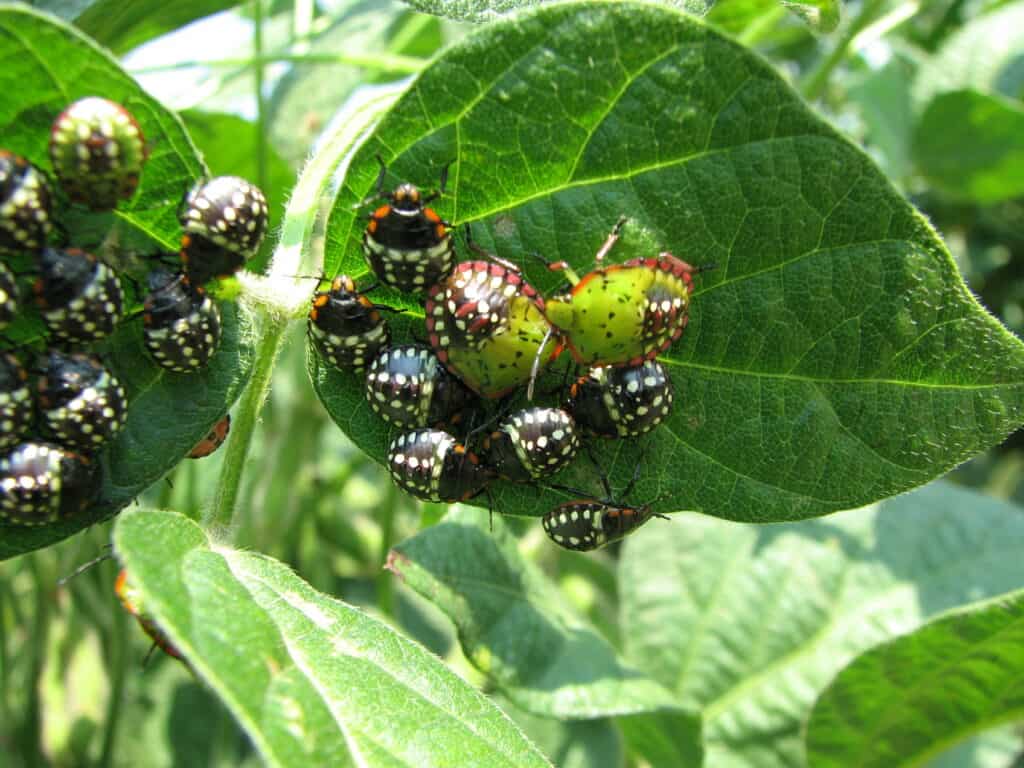 Information shared in this practice note results from the trials and studies carried out by the Institute of Field and Vegetable Crops Novi Sad, Serbia.