Anelia Iantcheva, Viliana Vasileva
Posted: 24.09.2021
Winter pea (Pisum sativum ssp. arvense L.) is widely grown in Bulgaria. Bulgarian scientists and farmers have accumulated cultivars and knowledge for both forms of field peas, winter and spring pea (Pisum sativum ssp. sativum L.). There is renewed interest in pea as farmers and local producers aim to apply circular economy in agriculture. Local production of plant protein has a positive economic effect in animal husbandry. Bulgaria is characterised by favorable climatic conditions and suitable soils for over-wintering field pea. Autumn-sown winter pea is particularly flexible in how the canopy and crop structure develops. The high plasticity of winter pea as a crop and its ability to enrich the soil with nitrogen, as well as the available local pool of cultivars, are prerequisites for selecting it as a source of sufficient plant protein in local circular economy. 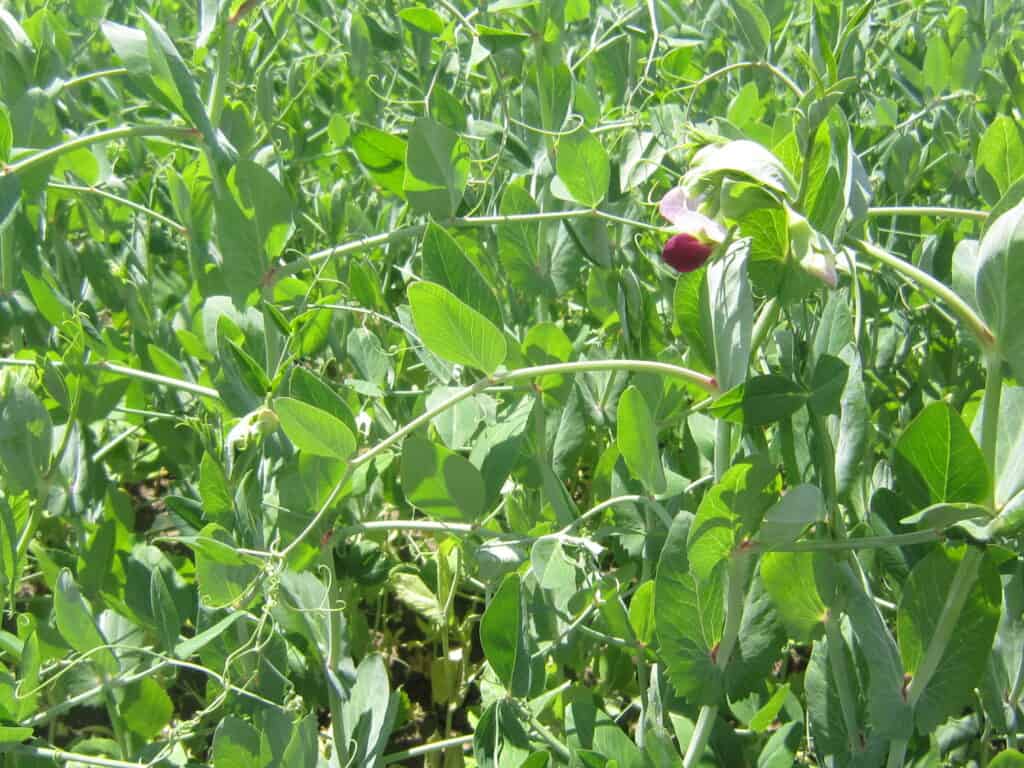 The experience and knowledge accumulated is applicable across the south-east Europe region. Pea for forage or grain establishes a nitrogen-fixing symbiosis with the pea nodule bacteria Rhizobium leguminosarum biovar viciae, which is naturally widespread in the European soils. This symbiosis is important for maintaining soil fertility. The inclusion of winter pea in crop rotation as a precursor of other crops reduces the nitrogen fertiliser use. The early harvest of winter pea provides the possibilities for additional economic use of the agricultural land. The intensive growth and development of green mass occurs in April and May when rainfall is sufficient to ensure an intensive growth without irrigation. Forage crops reach mowing maturity at the end of May. As an over-wintering crop, winter pea protects soil from wind and water erosion.

Pea has been grown in Bulgaria for centuries. It became a widespread crop in the 19th century, when its cultivation expanded in northern Bulgaria as a forage crop, and in southern Bulgaria as a vegetable crop. The cultivation of pea for both dry grain and forage became popular in the 20th century. For many years, the efforts of breeders and farmers were concentrated on forage pea grown in mixtures with cereals. Gradually, the area occupied by pea increased and reached 54,000 ha in 1967. It decreased to 10,000 ha in the period 1975 to 1980. Significant growth of the areas occupied by peas was observed during the period 1983 and 1988 when it was recognised as a perspective forage crop and the areas reached 150,000 ha. The reform in agriculture, which started in 1989, disrupted cultivar maintenance and seed production and caused a decline in production to only 10,000 ha in 1993. Interest of private farmers has increased since 2000 and the area of forage, grain and vegetable pea has recovered to over 50,000 ha. Vegetable pea accounts for about 14% of the area.

There are three Bulgarian cultivars of winter fodder peas which are preferred by farmers: Mir, Pleven 10 and Vesela. 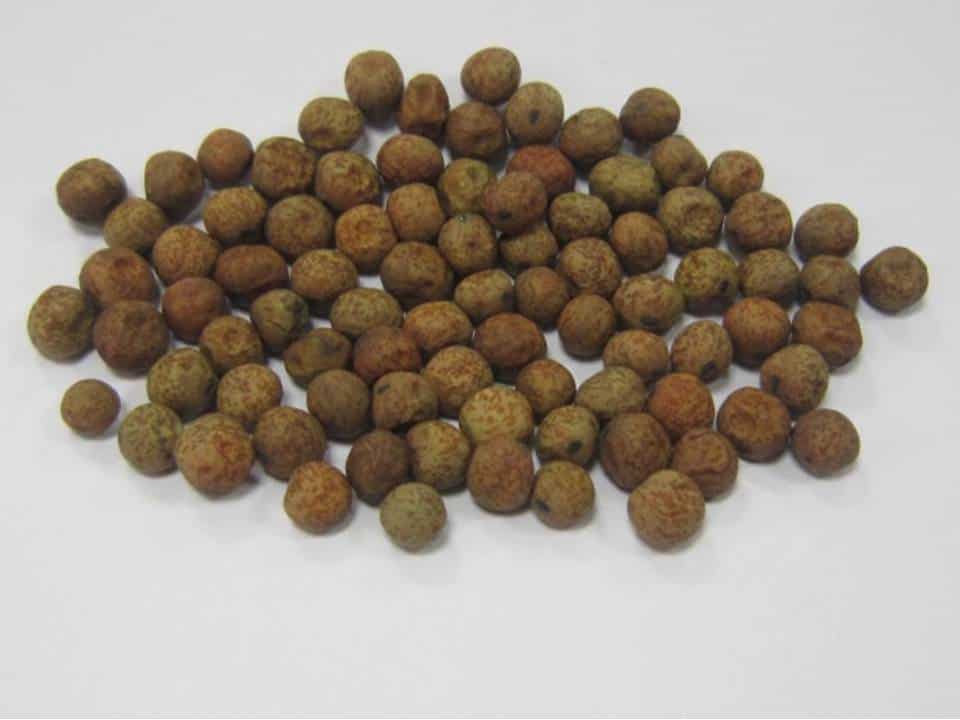 The basic requirement for the preceding crop is to leave the soil clear of weeds and ready for soil tillage. Suitable preceding crops are cereals (wheat barley, triticale, rye and oat). Sunflower is less suitable and maize is unsuitable. Pea does not tolerate sowing after itself and other legume crops. It is recommended to produce pea not more frequently than once in five years.

Shallow cultivation (5–10 cm) after the harvest of the preceding crop conserves soil moisture while stimulating the germination of weeds and volunteer cereals. This is usually followed by ploughing and conventional cultivation. Reduced tillage is an option especially with dry soils and where continued drought is expected, for example in southern Bulgaria. This commonly comprises disk harrowing at 10–15 cm deep.

Pea should be sown by mid-October in northern Bulgaria and by early November in southern Bulgaria. Winter cultivars are sown with 120–150 germinating seeds per m-2 or 160–180 kg/ha. The peas are sown in a row (row spacing 12–15 cm) at a depth of 6–8 cm depending on the seed size and soil type. Rolling is required.

Productive pea crops require a good supply of phosphorus and potassium. Applications of moderate amounts of phosphorous (60–80 kg/ha P2O5) and potassium (40–50 kg/ha K2O) are commonly used. It should be applied with basic tillage in autumn. Phosphorus fertilisation contributes to a better development of the root system and increases disease resistance. A small amount of nitrogen (20–30 kg/ha) incorporated during soil tillage before sowing can be useful as a starter in poor soils when the symbiosis with rhizobia is slow to establish.

The most economically important pests in pea seed production are the pea weevils Bruchus pisorum L. and Tychius quinquepunctatus L. They are widespread throughout the country and can cause damage of the crop up to 100%. Timely treatment of crops with insecticides is important for successful control of these pests. The initial treatment should be done at the beginning of flowering. Economically important diseases are Ascochyta pisi and Erysiphe pisi. Immediate ploughing of crop residues after harvest to avoid spore dispersal from diseased plants is recommended against diseases.

The optimal stage for harvesting for forage is at the end of flowering/early pod setting to get the best combination of forage yield and quality. When the harvest time is delayed, dry matter yield can increase while the forage quality declines. Harvesting for grain is difficult because these forage-type varieties lodge, ripen unevenly, and the pods and seeds are easily damaged by moisture. Traditionally, the grain is dried in the sun after harvest. The seeds are cleaned and stored.

The information provided is the result of studies and observations of authors who are part of the Bulgarian legume network.