There is a grain legume for every field

Growing grain legume crops in northern Europe
Fred Stoddard, Casimir Schauman
Posted: 04.04.2022
Almost every arable farm can grow a grain legume, even in northern Europe. This article deals with the question “are my fields suitable for farming grain legumes”. The answer in most cases is “yes”, and this article shows that there are several aspects to consider related to soil texture, pH levels and water availability when selecting the right legume for a field. Growers across the world are pushing the margins of where or what legume crop can be grown. However, without careful consideration, this can be at the expense of securing high or stable yields and hence profitability. Complementing the information provided in this article with the right choice of cultivar for regional or national circumstances further increases the chances of achieving satisfactory yield levels. 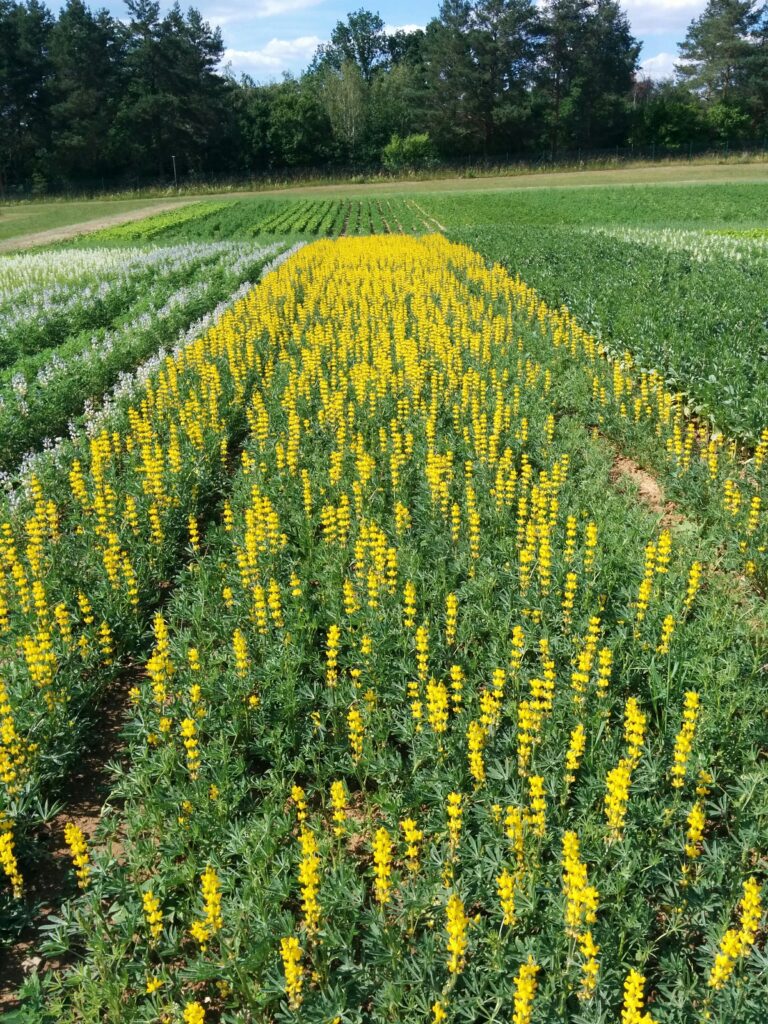 The main outcome is the identification of a suitable grain legume species for a given farming situation or field. Selecting the right kind of legume crop can affect the yield potential.

Length and warmth of growing season

The first thing to consider is whether the cultivated legume can reach maturity in the growing season at the site. The shorter the growing season, the less choice. Of the cool-season legumes, pea is grown the furthest north, followed by narrow-leafed lupin and faba bean. Looking further south, yellow lupin, lentil, chickpea and white lupin are added to the list. All of these species will tolerate cold soils at sowing and mild frosts during early growth. They are less tolerant of high temperatures, above 27°C, than the warm-season legumes.

Soybean and common bean are the best-known warm-season grain legumes. Some soybean cultivars will tolerate a degree or two of frost. Generally, these species stop active growth when temperatures fall below 10°C. Hence, the northern limit for reliable production of soybean is currently around the southern edge of the Baltic Sea. 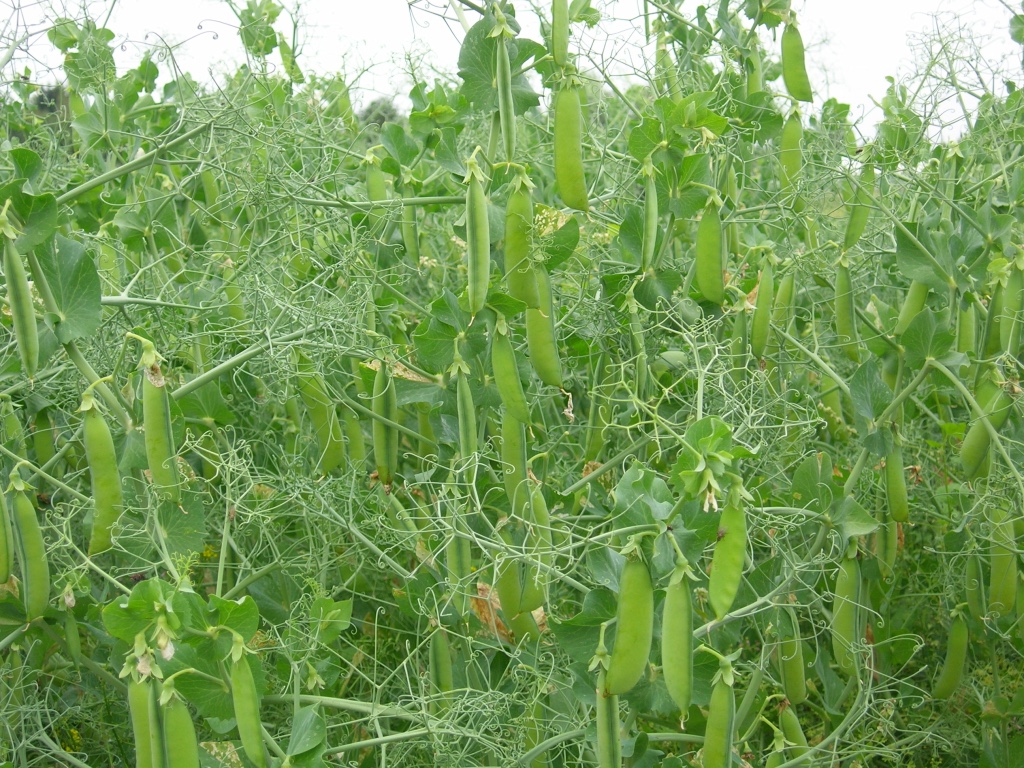 The next thing to consider relates to the growing site’s soil texture and pH. Unlike the small grain cereals such as wheat, barley, oat and rye, the cool-season legumes, especially faba bean and lupins, are selective about what soil type they grow on best. For example, if the soil is sandy it is likely to have a low pH (acid) and lupins are the best choice for it. The three species (blue or narrow-leafed, yellow and white lupin) can be grown on soils with pH as low as 4.5. Pea, chickpea and lentil are at their best on fields with intermediate soil texture and a pH between 5.5 and 7. Faba bean is the most suitable legume for heavier clay soils with a neutral to alkaline pH of 6 to 7.5 or even 8. Soybean is less sensitive to soil type and the optimal pH level is between 6.3 and 6.5. 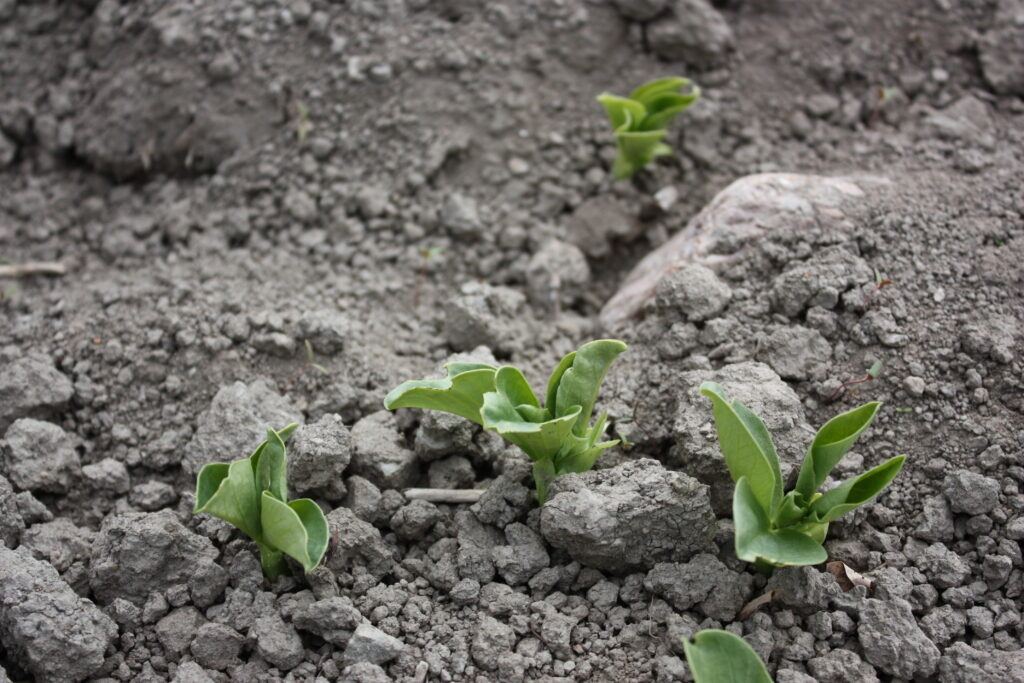 Lentil and lupins prefer free-draining soils and at the end of the season, need to dry out in order to mature. Narrow-leafed lupin is exceptionally deep-rooting with a tap root that can grow as fast as 2.5 cm per day, so it can reach deep water and nutrients. Its roots have been traced to 2.5 m depth in sandy soils in Western Australia.

Soil compaction and waterlogging are severe problems for grain legumes. If your soil is susceptible to waterlogging, it is worth considering amendment or drainage. Faba bean survives waterlogging better than most of the other legumes, but it does not thrive in such conditions.

Mid-season drought disrupts the growth of all the legumes. They stop flowering prematurely, which greatly reduces yield potential. Plentiful organic matter in the soil helps in both aeration and water retention. Later drought impedes seed filling, but terminal drought can be useful when it stops the indeterminate growth of the plant and promotes its senescence and maturity. 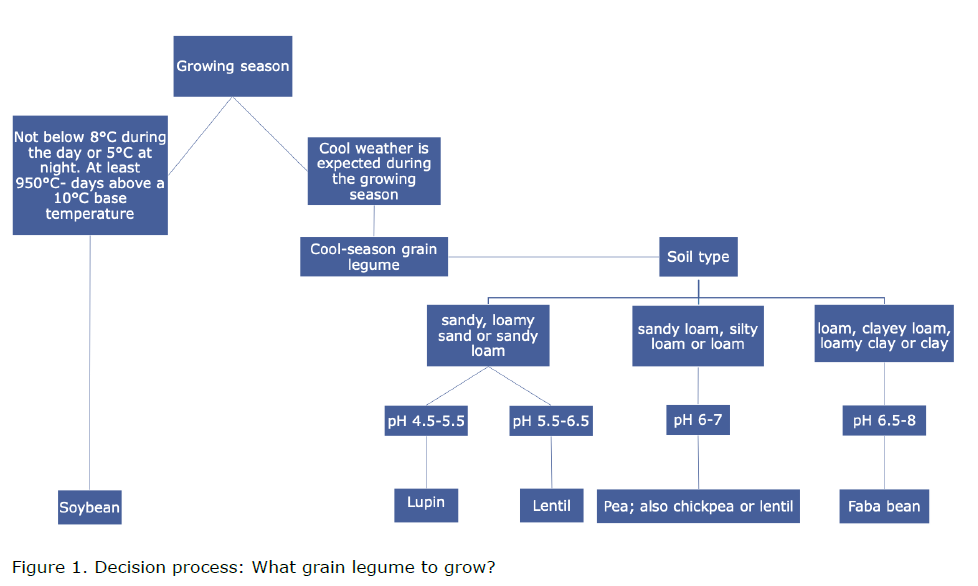 Most cool-season grain legumes are considered to be day length neutral. In other words, their flowering does not depend on the day length being longer or shorter than a certain value. In contrast, flowering of soybean is suppressed by long days and there is genetic variation in response to day length. In practice, only day-neutral cultivars can be grown reliably north of about 45°N. The day-neutral cultivars result in extraordinary flexibility in soybean. Some farmers have succeeded in growing soybean at 61°N in Finland.

Growing legumes is often called “challenging” or “demanding”, but it would be better to consider them as “giving” or “rewarding”. They need a little more attention than spring-sown cereals, especially when growing them the first few time(s), so one can expect to make a few mistakes along the way. Their diseases, pests and stress symptoms look a little different from those of the cereals or oilseeds. By giving them attention and learning their needs, they will repay with high yields and quality. Ignore them and they fail. Where possible, it is wise to sow a catch, cover or winter crop after the grain legume in order to capture its residual fixed nitrogen. 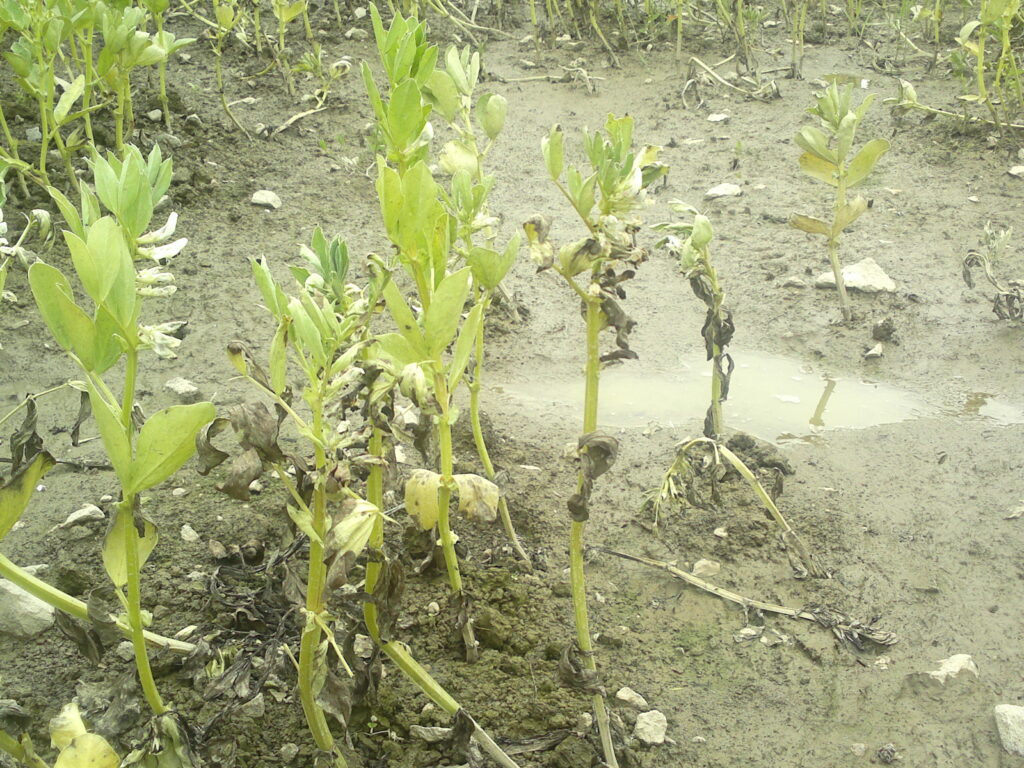 Waterlogged faba bean in southern Finland. Although stunted, the plants are surviving and flowering.

Acknowledgement: Legumes Translated has received funding from the European Union's Horizon 2020 research and innnovation programme under grant agreement No. 817634.
Citation: Stoddard, F. and Schauman, C., 2022. There is a grain legume for every field. Legume Hub. www.legumehub.eu