The European Legume Hub, a knowledge platform for legumes, was launched today by the Legumes Translated project consortium. It is an important step towards empowering the legume development community. The Legume Hub provides an open access to knowledge, insights and understanding and brings practice- and research-based experts together. “The Legume Hub is about empowering an innovation community with understanding from shared knowledge. Its launch is a milestone for the use of legume cropping in the sustainable development of our agri-food systems”, says Donal Murphy-Bokern, Lead Editor and Chairman of the Legume Hub Community. 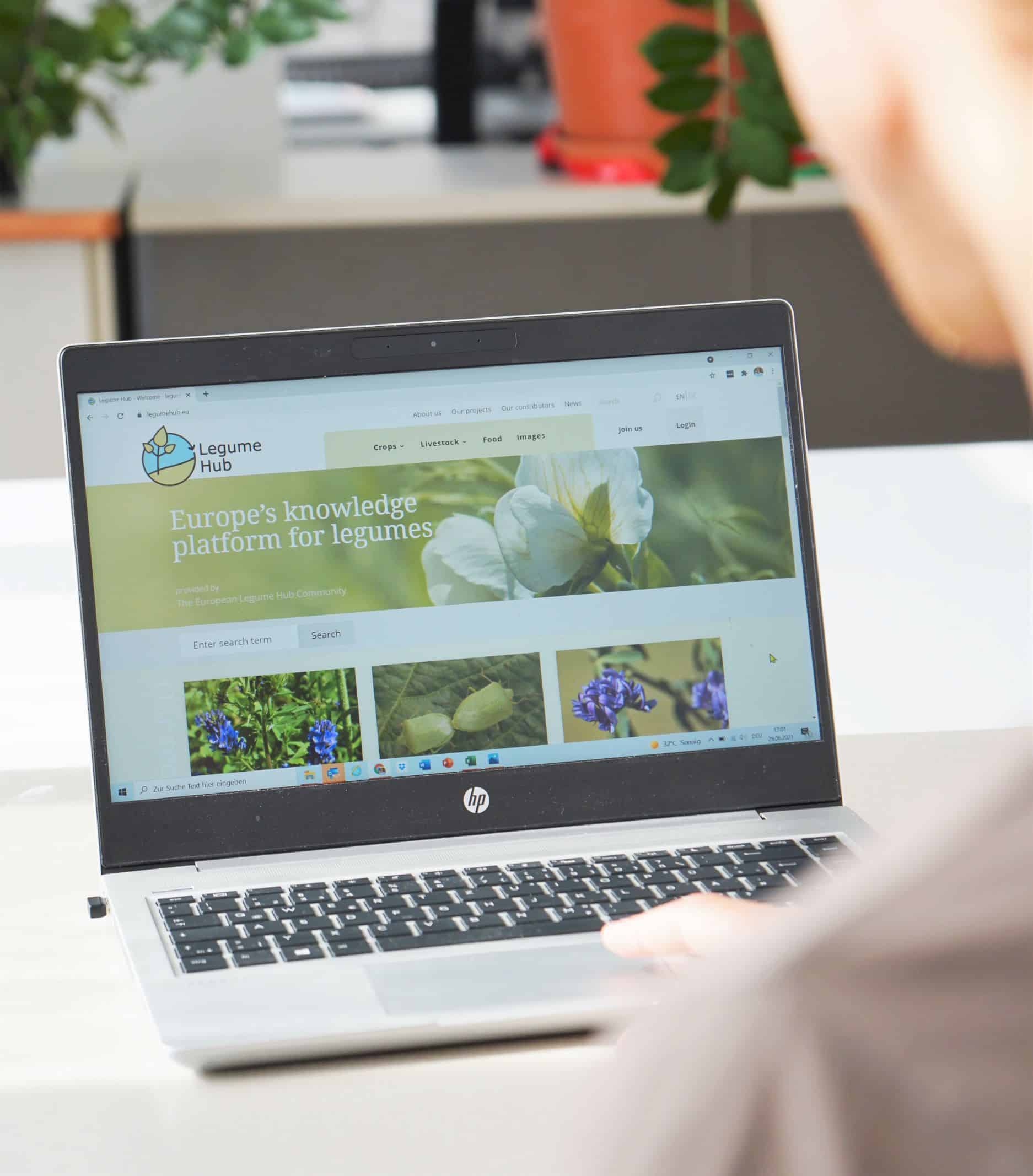 We depend on plant protein from legumes for our food and our feed. But in Europe we face a fundamental challenge: a protein deficit that amounts to a net import of about 15 million tonnes of plant protein for the European Union. There is justified concern in the agri-food sector amongst consumers that imported legumes, especially soybean, are produced under low environmental and social standards.

Growing more legume crops such as soybeans and peas in Europe improves cropping systems and reduces European reliance on imported plant protein. Due to the low production of legumes in Europe, European farms forfeit the agricultural and environmental benefits of more diverse cropping using legumes. A crucial part of the solution is developing the legume production in the European Union itself. It is where the Legume Hub comes into play – an online platform coordinated by the Legumes Translated project and the newly established European Legume Hub Community.

The Legume Hub is a knowledge platform to empower all interested in the development of legume cropping and use with access to knowledge, insight and successful practices across value chains, from plant breeding, on-farm activities, to processing and consumption. Users include breeders, farmers as growers and users of legumes, processors for feed and food purposes, and all involved in the related parts of the value chains. Members of the Legume Hub Community use the Hub to disseminate articles, research reports or videos. “The Legume Hub is about empowering an innovation community with understanding from shared knowledge. Its launch is a milestone for the use of legume cropping in the sustainable development of our agri-food systems”, says Donal Murphy-Bokern, Lead Editor and Chairman of the Legume Hub Community.

All who have relevant practical or research-based expertise are invited to register and thereby join the Legume Hub Community. Every member can use the Legume Hub to publish articles. They can also use the Hub to disseminate existing research reports or videos. Contributors, their projects and organisations are given maximum recognition on the Legume Hub ¬– each article is attributed to its author(s) and their organisations. Each is citable as a scientific or technical publication. In addition, members can extend their involvement by joining the editorial board and by contributing to the review of the Legume Hub’s content and its direction. All editorial work is acknowledged in each author’s personal profile on the Legume Hub.

As a community-run publishing platform, the Hub has been designed for all relevant project consortia and teams. All relevant research teams and consortia are invited to join the Legume Hub Community and use the Hub to support their communication and publishing activities.

The European Legume Hub Community works with the European Commission and the European Innovation Partnership for Agriculture (EIP Agri) to ensure that the Legume Hub is well-known as a route to impact for EU-funded research consortia and provides a voice to its members as an association of scientists and technologists in public debate about the development of legume-supported cropping.

Lead Editor and Chairman of the Legume Hub Community,

Reproduction and dissemination for non-commercial purposes are authorised provided the source is fully acknowledged.

The Legume Hub was developed in the Legumes Translated project funded by the European Union’s Horizon 2020 Programme for research, technological development and demonstration under the grant agreement No. 817634. The consortium comprises 17 partners in 9 countries with 14 local innovation groups.

Legumes Translated (Translating knowledge for legume-based farming for feed and food systems) is supported by the European Union’s HORIZON 2020 research and innovation programme under the Grant Agreement no 817634.